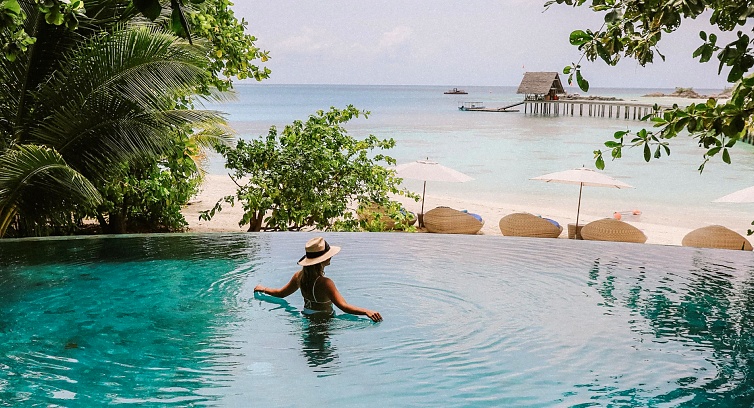 Largely unknown amongst the tourism industry, both regional and worldwide, the archipelago of Anambas possesses the potential of not one but dozens of Balis.

With over 200 bounty islands, most uninhabited and of the type that wouldn't go amiss in a Robinson. Crusoe adventure, Anambas offers enough room for numerous hotels, resorts and retreats.

In fact, about half a dozen resorts have already started beckoning visitors, in particular by social media, Booking.com, and with the aid of blogs.

Anambas infrastructure too, has been improving, given the new airport, local flight from various Indonesian points and improving road system on the larger Anambas islands, in particular.

In addition, there's the ferry to Tarempa, an established service that's been running for a number of years and used mostly by the islanders to visit their relatives on Batam and Bintan.

How such an untouched, indeed undiscovered, tropical sliver of paradise, with countless beaches the calibre of Maldives, can be located at barely an hour from Singapore is not easy to fathom by any stretch of the imagination. To come across an exotic treasure as breathtaking as Anambas, still authentic and genuinely old-school to boot, is as rare as finding diamonds.

But suffice to say that once inflection point is reached, when pull factors, such as a suitable range of available accommodation, and push factors, for instance, a direct flight from Singapore, Anambas will become a major tourism destination for the entire South China Sea area, rivaling and likely ultimately eclipsing the likes of Pulau Pulau Tioman, Raja Ampat, Phuket and Thousand Islands.

Chance of a life time

Until such time, Anambas will retain its blissful tranquil atmosphere and secluded off-grid serenity, the result of the relatively sparse tourist numbers.

If you want to be one of the few visitors who can still "discover" their own castaway island and experience their own private beach, before Anambas turns the corner and becomes as mainstream as Bali, then best not wait too long before placing your bookings.